Even though it is difficult to predict what is going to happen next in the property market, it doesn’t stop people and businesses making predictions about property prices.

At the end of 2017, most specialists in the UK property predicted that prices would fall or slowdown in 2018. There are plenty of reasons why this outcome would happen, so there was a consensus but at the start of 2018, it looks as though the reality is slightly different to what was predicted.

The Nationwide is a respected source in the UK property market, and their figures indicate that house prices rose in January of 2018. Some of the headline points from the Nationwide figures include:

This turnaround will have taken many people by surprise but if it is any consolation, Nationwide also appear to be slightly shocked at this outcome. The Chief Economist of the firm was quoted as saying that the rise in property prices was surprising, so it is not as if the experts are shirking away from the fact that this information stands at odds with what they suggested.

A lack of supply has long affected the UK housing market

When something doesn’t happen as predicted, it is important to understand what caused the difference. Nationwide have stated their opinion about the rise in house prices at the start of the year and the limited supply of housing has been cited as the key factor. We all know that there is a prominent level of demand for housing in London and the UK, but it is the lack of supply to meet this demand that sees prices rise or remain at a prominent level. 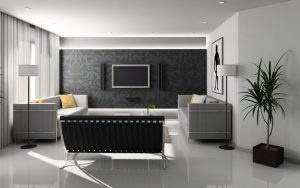 It is the limited supply of property that has been a major factor in the behaviour of house prices in the past decade. While the Government is taking various steps to assist people get on to the property, the biggest change they could create would be to commit to the development of affordable housing. Then again, while there are many people who are not impressed with high house prices, there are clearly many people and businesses that approve of the current market standings, so it is not as if there is a universal call for the Government to act in this manner.

It is well known that many factors impact on the housing market but most of the focus on the influencing factors, at least in the past two years, has been Brexit. There is still a chance that Brexit will have a sizable impact on the housing market but for now, it is the uncertainty caused by Brexit that has had most impact, and even then, this hasn’t been strong enough to have more influence than the limited supply of housing.

While Nationwide believes that over the course of the year, house prices will fall or grow at a slower rate, the behaviour in January cannot be ruled from being repeated at various points of the year. If you are keen to stay in touch with the latest property market developments or you want to know about the property market or property prices in Petersfield and surrounding areas, rely on Williams of Petersfield.

What’s my property worth?
Request a free and accurate valulation. Simply fill out the details below and we will get in touch at a time that suits you.